Who Is Ewen Chia?

For 5 full years, he worked on his internet business part-time every day from 11pm – 2am while holding a full-time job.

He was motivated to build a better life for his family. After years of perseverance and mistakes, he finally cracked the code to internet success and has not looked back since.

Since starting as an Internet marketing pioneer in 1997, Ewen has come a long way.

Today, he is highly-respected and regarded as one of the best and most genuine internet marketing experts in the world.

He is also recognized as “The World’s #1 Super Affiliate” and his name is synonymous with Affiliate Marketing, although that is not all he does.

Some Achievements Over The Years

Fact is, Ewen can teach anyone or any company how to leverage the internet for massive profits.

Many of his students had been able to quit their day jobs and make their own income online through his proven training and teaching materials.

In 2009, Ewen Chia launched his first ever print book, “How I Made My FirstMillion On The Internet and How You Can Too!” at www.InternetMillionaires.com/mmo.htm

This book made internet marketing history by being the FIRST ever book about the internet business and internet marketing to hit the #1 WORLDWIDE BESTSELLER LISTS on Amazon, Barnes & Nobles and other online bookstores all at the same time – in just 24 hours of launch. 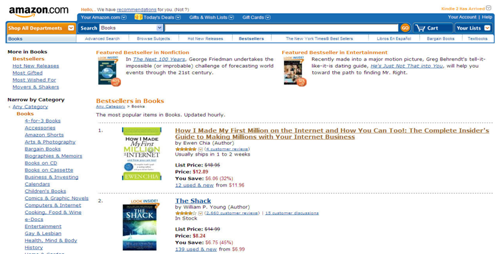 Ewen is also a highly sought after international speaker, travelling the world motivating entrepreneurs and teaching the internet business. In fact, he has taught his knowledge to over 13 countries worldwide!

Ewen was also awarded with the world’s first internet marketing trophy, “World Internet Challenge”. This was for his LIVE demo where he started a new internet business and made US$80,000 in first 3 days with it – all in front of a 1,000+ people strong live audience!